Launched in 2015 by billionaire Ayman Hariri, the fast-growing social app has been in the spotlight for the past two weeks. Competing with top social media apps, Facebook, Twitter and Instagram, Vero seems to be the only social app that has come close to becoming a viable alternative in a while.

Should your brand be on it? Let’s take a look at what we know.

Vero is chronological in its’ newsfeed, ad-free and allows you to post a wider variety of content including, music, links, books, film recommendations and even allows purchasing without leaving the app.

It also lets you distinguish connections based on their relationship to you. You can designate people as close friends, friends, acquaintances, or followers and opt to share posts specifically with these groups. 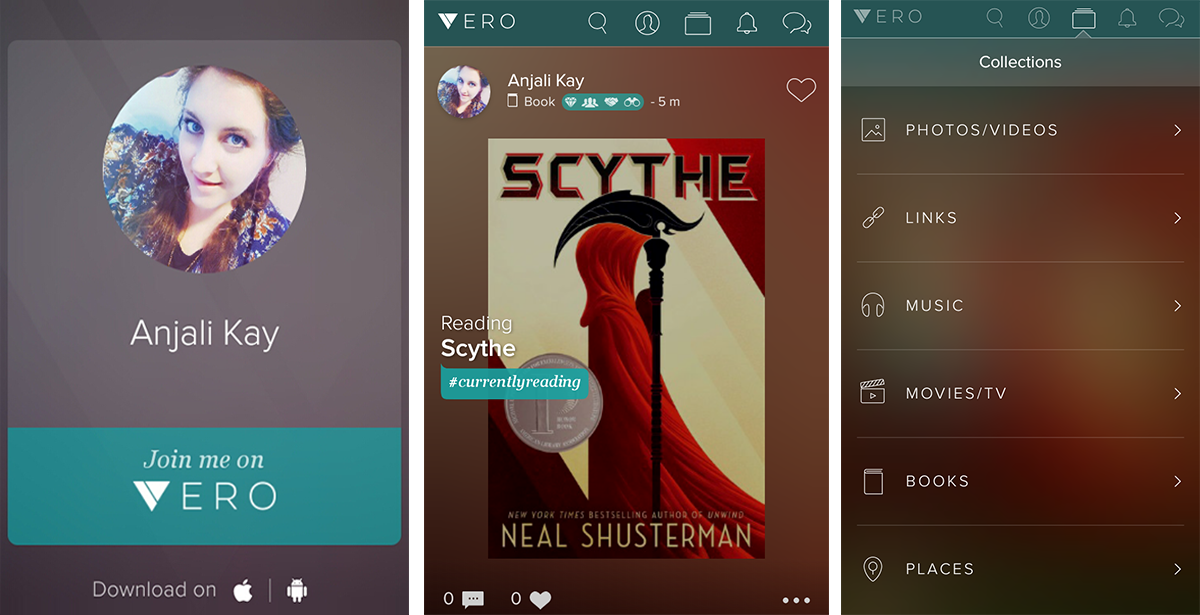 Vero also emphasizes its privacy policy and collects minimal amount of data about its users, like their names, email addresses and phone numbers, without providing that data to advertisers or other third parties.

Why the sudden boom?

There has been a lot of public frustration surrounding recent algorithm changes in both Facebook and Instagram. Snapchat has also been lambasted for its new interface and the complaints about the level of advertising on all three of these platforms are at an all time high.

So, can Vero compete?

Let’s look at a few statistics from the past two weeks.

In short, it looks like Vero is gaining viral traction and is the latest social app for early adopters.

Though the app is nowhere near Instagram’s 800 million MAUs or Facebook’s 2.1 billion, its growth is incredibly impressive and worth keeping an eye on.

Vero’s functionality, capabilities and focus on user experience are capitalising on the growing dissatisfaction with Instagram, Facebook and Snapchat, which is may just have opened the door for Vero to get a space at the main table.

The ability to pay directly from within the app makes it appealing for businesses, and brands that get onto the app early will enjoy new ways to interact with customers and more content exposure to their target market than they would have on Facebook or Instagram.

We’ll certainly be keeping an eye on Vero and will keep you in the loop. If you’re looking for a new way to connect with your customers, Vero might just be it.

If you’ve tried the app please share your experience below.

“We didn’t set out to make a revolutionary social network. Just one we wanted to use. Here’s how we did it.” – Vero