Google have been busy over the festive season, the observant (or hungry) among you will have noticed that a number of upgrades have rolled out in the mobile restaurant search results.

The most notable of these are as follows:

These updates are interesting – even if you don’t happen to own a restaurant – because they give us a sneak peek into Google’s grand plans and what might be in the pipelines for other industries.

Google is starting to include AMP-like menu content attached to the restaurant knowledge panel as part of their ongoing strategy to speed up mobile.

What’s really interesting, though, is that  in certain searches on mobile, Google takes you to a Google hosted menu page, instead of the website’s own menu page.

This is all part of their ongoing campaign to keep users within their ecosystem for longer. Very interesting.

The mobile SERPs have undergone more changes than Bruce Jenner in 2015, but we’ve increasingly seen them become more visual.

In the latest upgrade, it seems that an interior Street View of the restaurant or location is what shows first. 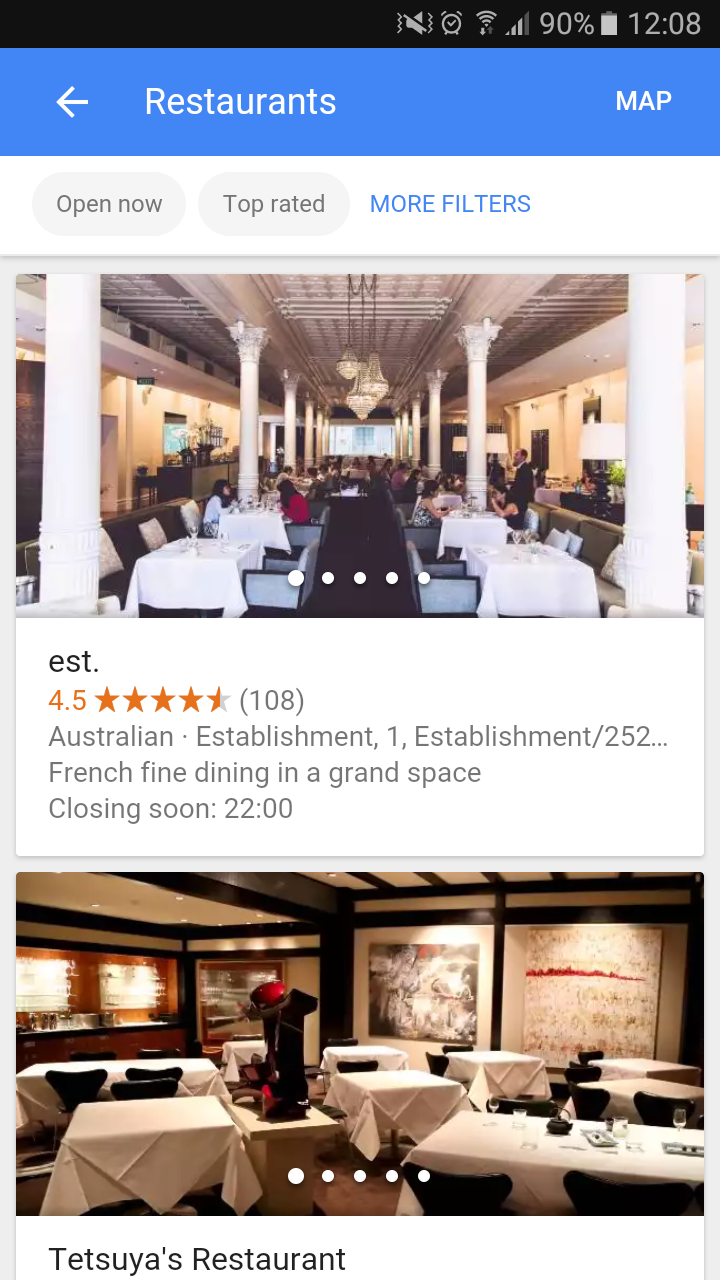 And in the US and Canada there have been reports from users that Google is replacing the map with a full-sized Street View image in knowledge panels.

Opening hours, busy hours and happy hours have been a fun new addition to Google’s panels of late, and we’re increasingly seeing Google using and displaying the information given to them by Google local guides.

These, and other similar initiatives are part of Google’s quest for insider-information that it can offer users without them ever having to move past the SERPs page.

These changes give us an idea of what Google has been working on, and the way they might be seeing the future of mobile SERPs.

If we boil it down, we see 3 of Google’s values on mobile:

That last point is very interesting and has been a recurring one of late. We’ll certainly be keeping an eye on it moving forward, and we suggest you do the same.