We’re all aware that our content is competing for space.

There is just so much out there and so much of it is the same. Audiences are simultaneously overwhelmed and bored and most content is forgotten as quickly as it was consumed.

So how do you get your content to stand out and be remembered?

Don’t worry, we’re not going to tell you to simply write ‘outstanding’ content, because we know you know this already. No – the good news is that there are, in fact, a few tricks we can borrow from the frontiers of brain science to help us achieve our content marketing goals through better understanding the human brain.

Over the course of the next few points, we will give you formulas for creating content that sticks; formulas based on neuroscience, cognitive psychology and a brilliant lecture given by the inimitable Dr. Carmen Simon, cognitive scientist and author.

It seems obvious, but let’s pause for a moment and reflect on why we should care about being having an impact on human memory systems.

Memory plays a massive role in evolution and it’s what humans rely on to survive. Our ancestors relied on memory to find food and avoid danger – and we still do today. In a nutshell, human memory influences action, behavioural changes and – therefore – purchasing behaviour. Everything we remember has the power to influence our decisions moving forward.

If you manage to have your name, brand, point or post remembered, you have the power to influence the way people behave and react to things, not just in the present, but from that moment forth.

The first major factor for determining whether a piece of content is remembered is, of course, attention: how do you get people to actually pay attention when reading or viewing your content?

The formula for attention: Degree of change over time.

Here’s the secret to maintaining attention: you need to outsmart habituation.

Habituation is what happens when the brain ceases to notice something. The human brain is a master of ‘filtering’ – and it has to be. If it took note of everything that you’re presented with your little pip would explode. We receive so much stimulus on a minutely basis that the brain has to decide what to pay attention to and what to ignore or forget.

The key to outsmarting habituation is the degree of change over time.

In other words: You need to keep changing the content people see in order to keep refreshing their attention. The human brain is particularly susceptible to the shiny new thing. When it is given something new and fancy to look at it immediately perks up and this helps maintain attention.

Hollywood knows this: that’s why the average film shot has gone from 10 seconds long (in our parents’ era) to 2.4 seconds today. The faster the world moves, the harder it is to maintain our attention, unless you speed up with it.

That’s why images in a blog post are so valuable, but you can (and should) take it much further than that. Think videos, GIFs, graphics, soundbites, infographics and more. The trick is to keep giving the brain an opportunity to go ‘oooh look!’

It may sound like a massive contradiction, but the combination of familiarity and novelty is your greatest weapon. Here’s how it works:

The known and the familiar gives the brain a little feel good hormone hit, as the brain equates consistency with reliability & safety. This is probably an evolutionary tactic developed so we wouldn’t go wandering off into unfamiliar places or prodding things we didn’t recognise. That’s why you love re-reading books or watching old movies when you’re feeling down – your brain finds comfort in the familiar.

However, comfort isn’t everything and, as we’ve just learnt, the brain also grows bored very quickly. So you need to learn how to do both at once.

If you combine the positive feelings of familiarity with the exciting notion of something new you give the brain exactly what it needs to deem your content memorable.

This image above (used in a General Motors ad) does just that – we get a familiar face combined with something new. If you look closely, most of the advertising we see today attempts to do this in some way – because they know this trick. 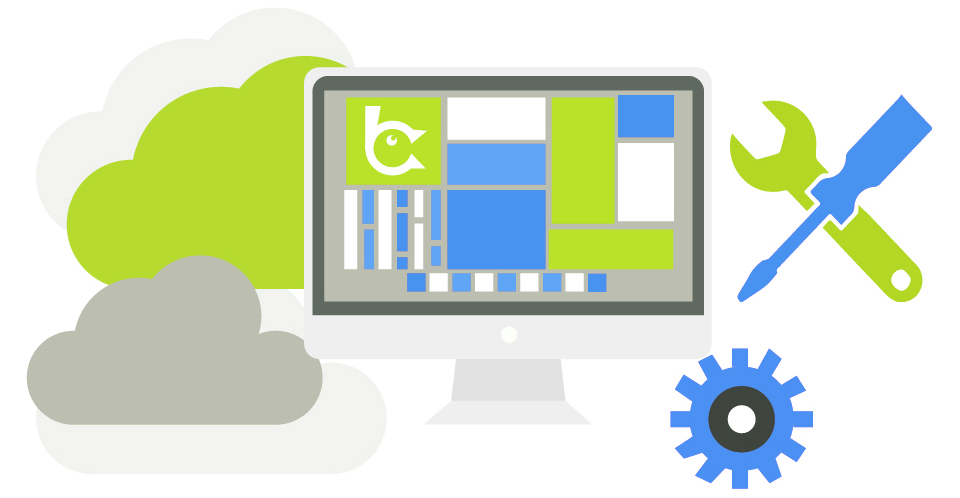 Finally, to complete your brain trickery you need to do one last thing: deliver a dopamine hit to the brain of your reader.

Dopamine is the brain’s way of rewarding you and is triggered by anything you find pleasurable/enjoyable – in terms of content this is most often humour, visual stimulation, satisfaction, learning, comfort or emotional stimulation.

The brilliant thing about dopamine is that if you get a hit for completing an action, you’ll not only want to do it again, but you’ll also go to greater lengths to do it (e.g drive to the shop at 10pm for a bar of chocolate when staying indoors would be way easier).

The researchers then began to add uncertainty (any number of events, in any order, with equal probability) – and guess what happened? The dopamine levels increased even further. This showed that, contrary to what one might expect, a little uncertainty actually adds to the sense of pleasure attached to a reward.

This was shown to be the same with humans; when you add an element of uncertainty to anticipation the dopamine levels go through the roof.

So, bringing it back to content, if you keep changing the type of reward you give your readers (humour, visual stimulation, satisfaction, learning, comfort, emotional stimulation, novelty and so on) you will have their dopamine levels soaring every time they click on your website’s blog pages.

This will not only keep them coming back for more, but it’ll also mean they’re more likely to go through a bit of effort to get it (#emailSignup).

And it’s as simple as that: content is just a game of formulas. If you remember these when writing out your content plan you’ll be taming brains all over the globe.

And there you have it. Simple as that. Now go forth and blog!