Google have been testing a simplified look for their local pack again. This time they’ve removed the images and the review stars, and left just the tap to call and directions button.

Here’s a before and after screenshot from serountable: 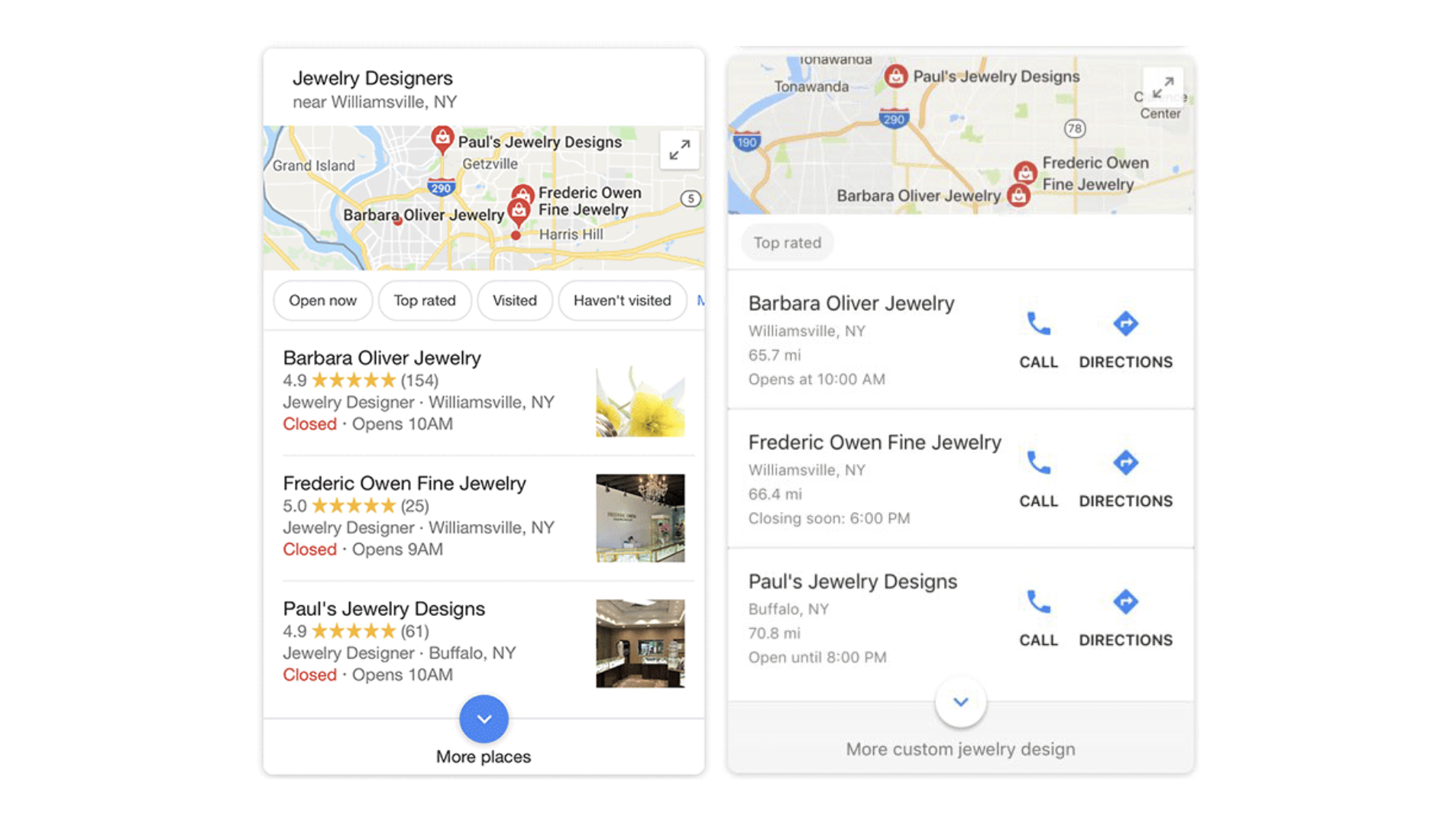 There’s no sure way of telling if it’ll be positive or negative, but our guess is that the simplified look will encourage more people to use the local pack, as it’s now driving a specific action and requires even less effort on the users’ behalf.

Another interesting thing to note is that Google have removed the review stars from the new-look local pack, so this may become less of a factor for users’ decision making processes.

This change is still in the beta phase of testing, but even if Google decide to change back, the test may alter your data for the time it was running.