Are you tired of fake news, false claims and dodgy internet facts? So is Google, apparently.

They’ve released a fact check schema and, after a successful testing period, have announced that fact checking is officially available in the core Google search results and Google News results worldwide.

Now, when you conduct a search on Google that returns a result containing facts and public claims, you will see a badge showing that the information has been ‘fact checked’ by a third party (and the verdict on how true the fact really is) clearly on the search results page.

As you can see in the example below, the results will show information on the claim, who made the claim, as well as the validity of that particular claim. 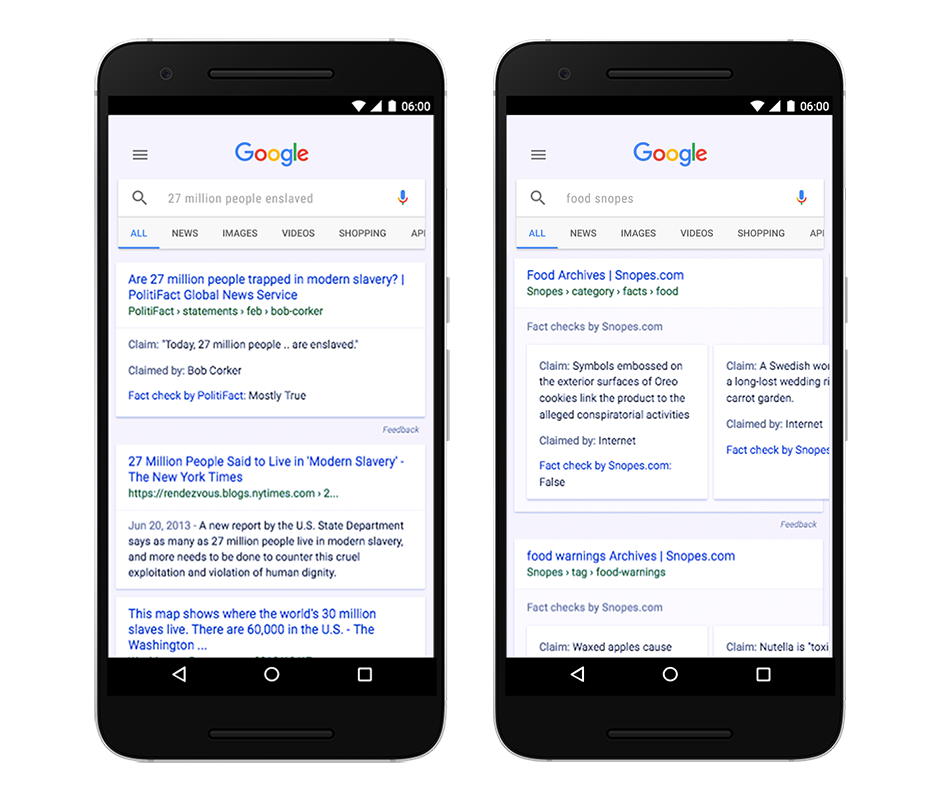 Google itself is not checking the facts, they’re using authoritative third parties and websites to do so. These fact checkers are “publishers that are algorithmically determined to be an authoritative source of information”, according to Google.

As a user, you will have an easier time distinguishing fact from fiction – very useful in the Donald Trump era.

As a webmaster, public figure or authority in your field, you will have to be more careful about the validity of the claims you’re making and the information you’re presenting as public statements. Fact checks will not appear on every search result, but if you’re an authority then you may well find that your claims come under scrutiny.

Finally, as an authority in your field, you also have the opportunity to become a fact-checker and get your website address into the fact check box (under ‘Fact Checked By’). This is an awesome opportunity to boost your visibility, but it won’t be available to just anyone – you’re going to have to be quite a big deal to get in here.

For more information, read this announcement by Google.