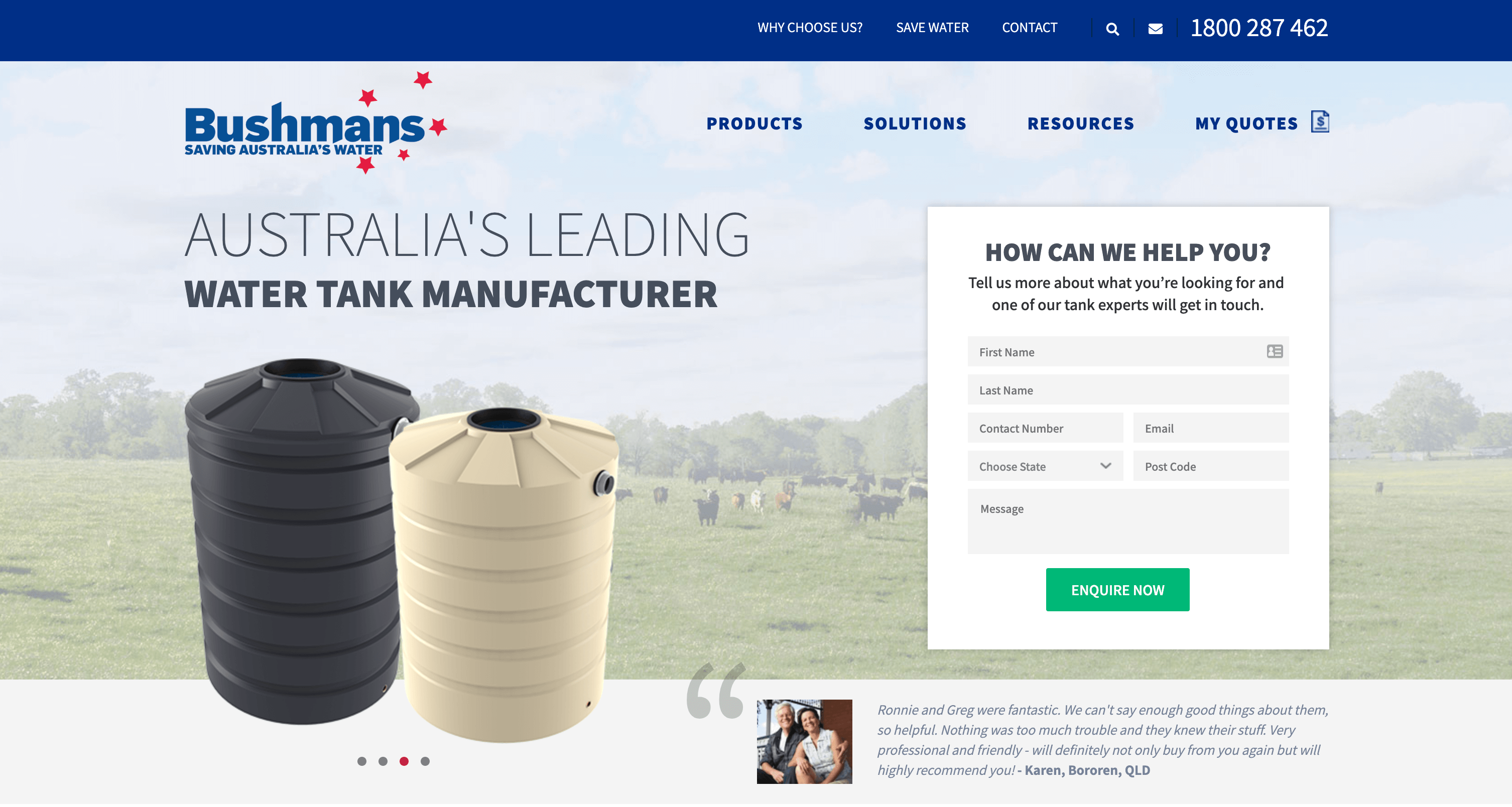 Bushman Tanks are water and industrial tank specialists who create and supply rainwater, fertiliser and chemical storage tanks to households, businesses and farms across Australia.

When we first started with Bushman Tanks in 2014, they were underperforming in organic search and not ranking well for their most profitable keywords.

They were running costly Google Ad campaigns to compensate for poor organic performance, but these were not performing at the desired level.

The key challenges hampering effective organic performance were widespread duplicate content, pervasive thin
pages, and content that was not optimised according to SEO best practice. On top of these core issues, they had
minimal visibility in search engines for keywords relating to their high priority products, such as ‘steel water tanks’
and ‘poly water tanks’.

The user journeys for Bushman Tanks’ priority audiences had not been critically considered upon the original website’s design. The website was catering for all buyers concurrently, resulting in a suboptimal conversion rate.

The website’s backlink profile was unhealthy with a fair number of toxic links needing to be removed and replaced with healthier links of better quality. In the past, Bushman Tanks had struggled to create content and linkable assets that appealed to a wide audience; given that their industry is fairly technical and not particularly flashy.

At that time the Bushman Tanks website was also using a highly customised CMS that was not SEO friendly. This was resulting in additional problems such as crawl errors, duplicated content and poor UX.

Following a thorough audit of their digital presence, CleverClicks put together a detailed strategy for Bushman Tanks, covering the fixes, changes and enhancements that needed to be done to overcome these issues and raise visibility for high-value keywords.

Working with Bushmans’ staff and their developers in the early stages of our execution, we tackled technical issues and critical changes such as:

In addressing the issue of the limitations in the website’s design to accommodate for the various buyer personas and user journeys, our UX and technical dev team compiled an extensive scope for the designing of a new website which would address these issues.

We were involved in the screening and approval of web design and development agencies and us worked very closely with them to ensure the website was designed inline with our recommendations.

Results have been extremely positive for Bushman Tanks with keyword rankings improving massively, resulting in a significant increase in organic traffic and a 104% increase in monthly organic leads.

The impact of our copy recommendations was a significant contributor in the new leads earned for Bushman Tanks through the website.

The impact of our copy recommendations was a significant contributor in the new leads earned for Bushman Tanks through the website.

These improvements, among others, contributed towards a sharp increase in the number of high quality leads coming in through the website on a daily basis.

Our PPC strategy in Google Ads has also been a major success, with Bushman Tanks paying 37% less for every new lead through paid search, delivering an outstanding return on their investment.

We also helped Bushman Tanks launch several impressive link assets and have used these assets very successfully in our link building campaigns. As storage tank manufacturing isn’t the sexiest of industries, we chose to focus on the water-saving angle, which we knew would be in line with the brand and popular with a wide range of link targets. 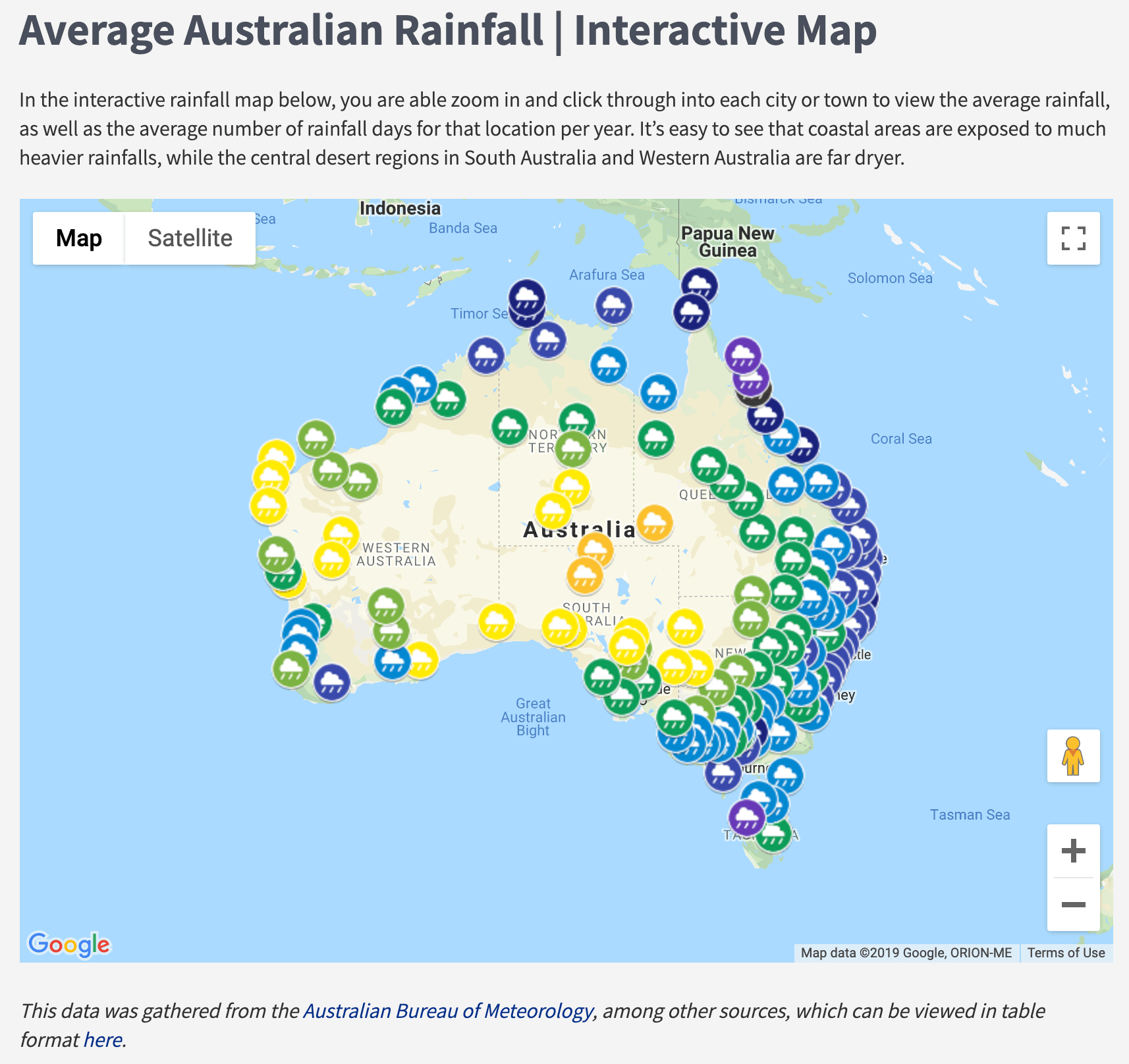 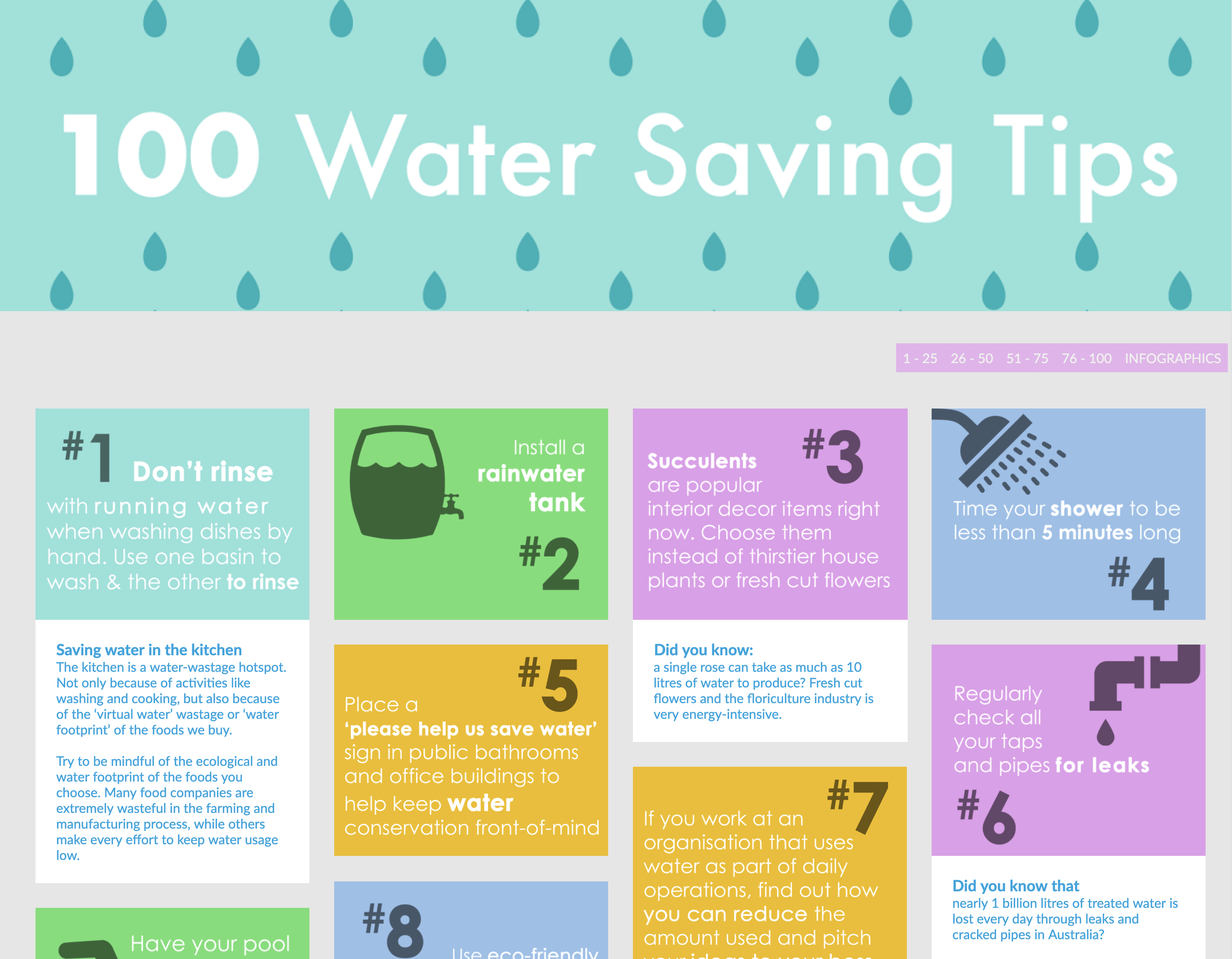 Link building is widely regarded as the most difficult process in any SEO strategy, but we’re chuffed to say that these link assets have done their job - even getting some very high authority links from .gov domains.

Bushman Tanks have been a fantastic client to work with and we couldn’t be happier that their company is flourishing, despite difficult times in their industry.

Such is the power of a well thought out digital marketing strategy, and having the right team execute that strategy to drive a noticeable impact on revenue.

" The key to their success is they listen to their client, they are totally open with their communication and the information they provide and their project management systems ensure projects get completed on time and on budget."