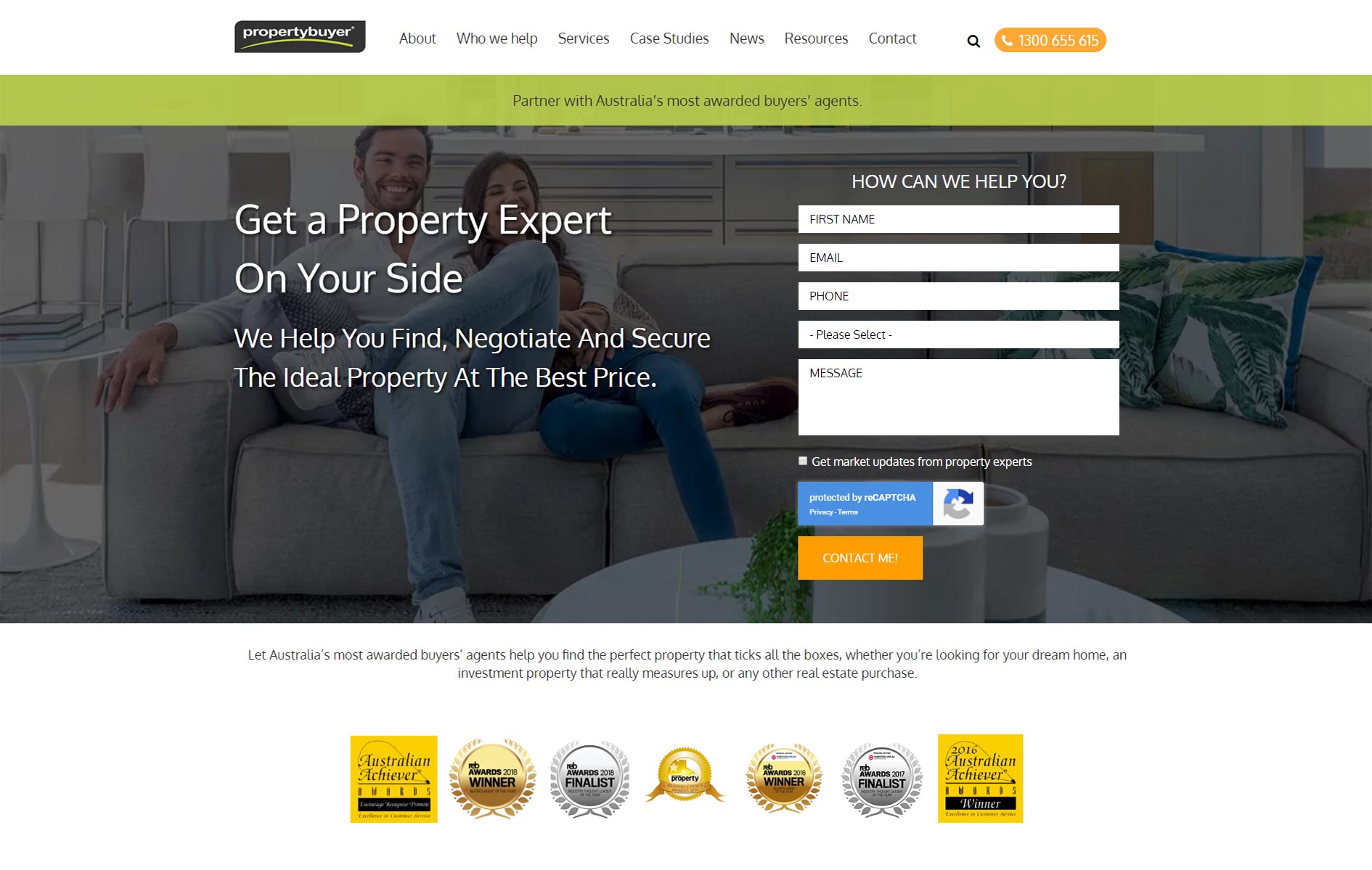 Propertybuyer is a buyers’ agency based in Australia. Their team of property experts search, negotiate and buy property on behalf of home buyers and investors.

A large portion of Propertybuyer’s leads come via their website, making their online performance a critical part of their business’ success.

When we started working with them, Propertybuyer were struggling to gain meaningful visibility within a highly competitive industry. Despite being Australia’s leading property buyers’ agency they were being crowded out by a slew of new competitors who had recently gained momentum in the industry.

They weren’t ranking for the majority of their most profitable keywords and were finding it difficult to set themselves apart. They also had little to no representation for the locations they service, and were experiencing very low conversion rates as a result.

Many technical problems stemmed from complications pertaining to their website, which was a highly customised WordPress site that contained many elements that were not in
line with SEO best practice.

CleverClicks compiled an SEO strategy that covered all problem areas, including a detailed technical audit, keyword and competitor analysis, as well as content, UX and link strategies.

The strategy outlined a short, medium and long term rollout plan, highlighting key priorities to get aximum visibility for profitable
keywords. Some of the critical tasks undertaken included:

Optimising all existing copy and increasing the volume of valuable content on thin pages.

Cleaning up the site’s link profile, adding new, better quality links to replace those that were removed.

Reviewing User Journeys and optimising for user experience and conversions.

Cleverclicks have got a more integrated and holistic approach, which I really like.

Propertybuyer’s most important keywords now all rank within the top 5 first results on Google, and almost all their keywords have moved onto the 1st page, helping Propertybuyer gain significant market share over their competitors.

Working closely with with Propertybuyer on specific objectives allowed us to achieve results where the client wanted them most.

In this case, it was especially satisfying to be able to reduce the budget spent on PPC, as well as work with the Propertybuyer team to create a website that’s healthy, conversion optimised and outranking competitors.

It's been totally essential.​
We wouldn't have the​
business today without​
digital marketing.